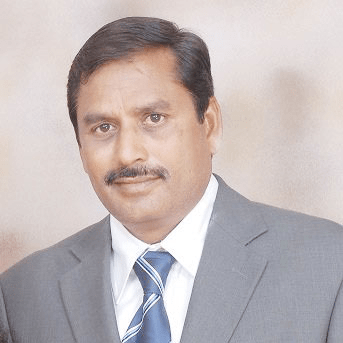 Mr.G. Vijayan, who has established a name for himself by successfully setting up ABC Fruits in 1997. Mr Vijayan started his career in the banking sector, after completing his Bachelor’s and Master’s degree in agriculture. His entrepreneurial spirit has resulted in the establishment of several successful businesses in Bargur, located in the Krishnagiri district of Tamilnadu, India.

Mr Vijayan successfully made his entry into the Indian fruit processing industry by setting up a small canning unit in 1997. After realizing the real potential of the fruit pulp industry, he had decided to quit his job and dedicate himself to the newly established plant. Mr Vijayan has successfully built a reputation in the Indian fruit pulp industry for himself and ABC Fruits by expanding his manufacturing capacity to aseptic packaging in 2002.

After the establishment of the new factory, he initiated various projects in high-end European markets where there is a huge demand for aseptically packed fruit pulps and concentrates. After the tremendous growth in the Industry, Mr Vijayan decided to construct a new plant that can meet international standards. ABC Fruits is situated in the centre of the mango growing region in South India. ABC Fruits is well developed to take advantage of its proximity to producing fruit pulp and concentrate and cater to both domestic and international customers.

The primary objective has been achieved by steadily increasing the export orders since the inception of our advanced manufacturing facility.

Having made his mark in the Indian fruit pulp industry, Mr Vijayan, in his role as chairman or chairman, gives overall guidance to his highly trained employees at all of his manufacturing facilities. Besides, having extensive educational and extensive experience in the fruit processing industry, he offers valuable agricultural advice to orchard owners to maximize their output. Mr Vijayan with his strong enthusiasm and highly focused approach he propelled ABC Fruits to the top league of the fruit pulp manufacturing companies in India.

ABC Fruits was awarded as the Largest exporter of Fruit pulps and Concentrates by APEDA. (Agricultural and Processed Food Products Export Development Authority).
Spearheading pulps and concentrate business to domestic as well as international markets.
Cart

No products in the cart.

This will close in 0 seconds

Select the fields to be shown. Others will be hidden. Drag and drop to rearrange the order.
Click outside to hide the comparison bar
Compare
Compare ×
Let's Compare! Continue shopping